That’s the amount of money the big pharmaceutical companies are using to build relationships with members of Congress. And I’m sure it’s not lost on you that pharma is using some of those relationships to spread a message that isn’t very compounding-friendly.

Last year, the Alliance for Pharmacy Compounding’s Political Action Committee raised a record $100,000 — our best year ever, and we felt pretty good about it.

That was only 0.053% of what the commercial pharmaceutical industry spent on lobbying. For every dollar we spent on relationship development, Pharma spent $1,864.

APC has one registered lobbyist. Big Pharma has 1,274.

You get the idea. And it’s particularly important during an election year — relationships built during tough races are not forgotten.

So far this year, CompPAC has raised about $47,000 and the truth is that only 34 of our 2,000 members have invested. Thirty-four. And yes, invested. The money you spend on CompPAC is an investment in the long-term viability of your business.

If 100 of you donated a tiny fraction of your salary to CompPAC, we’d meet that goal in a day. We have 1,200 new technicians among our ranks since January. If each of them spent $125 on the future of the profession, that would do it too.

Remember, all PAC contributions need to be from personal, not company, funds; maximum contribution is $5,000.

David Miller is APC’s president and the managing co-owner of Keystone Compounding Pharmacy in Grand Rapids, Michigan. You can reach him at drdave@keystonepharm.com.

On Wednesday FDA released the long-awaited final version of its Guidance for Industry #256 on animal drug compounding.

We’ve begun reviewing the 22-page document in detail but our preliminary take is that the Center for Veterinary Medicine accepted at least some of the changes we and others recommended, although it also appears that some of our most substantive concerns with the earlier draft GFI were not fully addressed.

For example, and most notably, this final GFI retains the positive list for office-stock compounding. That’s troubling because we believe it is not supported by federal law and will unnecessarily preempt state pharmacy and veterinary laws. The effect could be be to limit access to drugs needed by vets to treat animals.

You can read our first-look summary of this final GFI, as well as the changes compared to the 2019 draft version — here.

“We appreciate that the CVM took the time to hear our concerns and to address some of them in the final GFI,” said APC President Dave Miller. “We understand the need to balance animal health and safety with the availability of essential compounded meds to veterinarians.”

Miller said he looks forward to discussing our continuing concerns with the CVM team. The agency has already invited APC leaders to sit down with them for that discussion, in fact.

Of note to veterinary compounders, we’ve been told that there will be some enforcement “breathing room” of at least a few months before FDA begins enforcement, during which time the agency will be engaging stakeholders to detail how it expects the policy to work and to receive feedback.

APC will provide more information on GFI #256 after we’ve had more time to analyze it. Keep an eye on your inbox and for future editions of Compounding Connections.

More than 150 people registered for APC’s town hall briefing this week on the California Board of Pharmacy’s complaint against La Vita Compounding Pharmacy. California regulators have filed a complaint against La Vita for compounding sterile preparations with glutathione and methylcobalamin. It’s a matter that has nationwide implications — as APC Board Chair Michael Blaire said in the briefing: “If California gets away with this, other states will try it, too.”

It’s hard to believe in 2022 we’re fighting for vitamin B12, but here we are. —Chris Givant, co-founder of La Vita Compounding Pharmacy

With support from our Legal Action Fund, APC submitted an amicus brief in support of the pharmacy, and is keeping a close eye on the court proceedings.

Finally, please consider giving to the Legal Action Fund. We never know who will need help — or when — fighting regulatory overreach.

PFM: Good for your business

Still going it alone? Becoming an APC Pharmacy/Facility Member means you’re in good company — your own (every employee becomes a full member!) and a lot more.

Learn more about all the benefits of Pharmacy/Facility Membership for you and your team, then upgrade your membership today!

Today — April 15 — is the last day to double your support of the Campaign to Save Compounded Hormones thanks to Medisca. It’s matching all new contributions dollar-for-dollar, up to $100,000 … but only through 11:59pm EDT tonight.

Insanitary conditions at the FDA? Say it ain’t so! I’m afraid it is so: “Mice occupy FDA offices after food left behind in pandemic.” 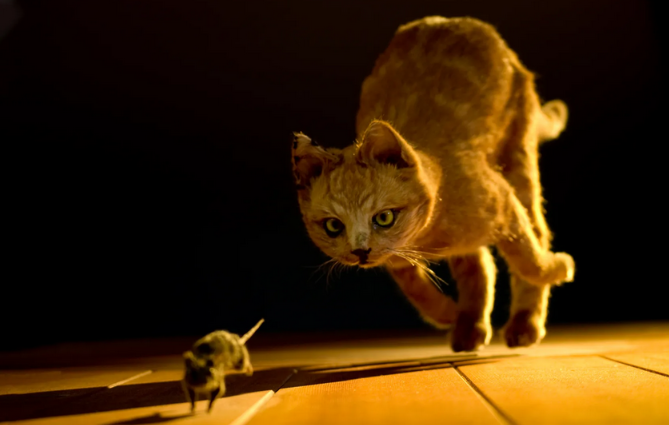 Experts are on the case.

Everyone’s favorite mood stabilizer might have some other uses. Specifically (and surprisingly), lithium may slow the aging of your kidneys.

Written with a perfectly straight face: A large Canadian study found that men who use medications such as Viagra, Cialis, and Levitra have a much higher risk of serious eye conditions, including blindness.

Don’t miss it: If you haven’t already, be sure to mark your calendars for PCCA’s ACT Virtual Legislative Conference (May 10) followed by virtual Hill visits (May 12). Sign up now!

APC is committed to addressing any concerns or complaints within one business day. Please send them — and, of course, any compliments — to info@a4pc.org.