There is simply no evidence that compounded hormones pose an increased clinical risk compared to FDA-approved products. That is the unambiguous conclusion of a paper published in the prestigious Menopause: Journal of The North American Menopause Society (online now, in print in April or May).

The paper, “Safety and efficacy of compounded bioidentical hormone therapy (cBHT) in perimenopausal and postmenopausal women” examined 40 articles covering 29 trials that compared cBHT with factory-made hormone products. (Disclosure: APC board member A.J. Day is one of the paper’s seven authors.) 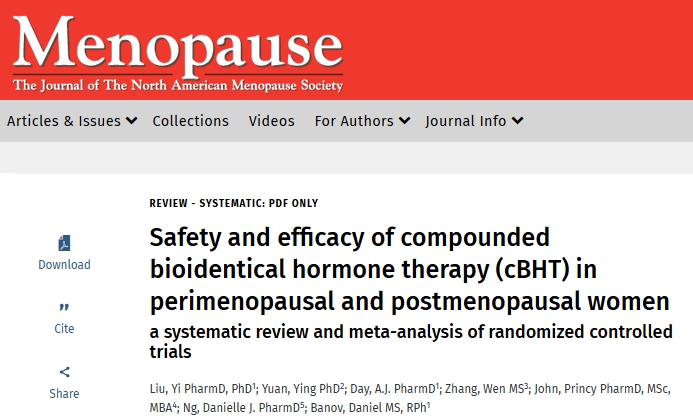 The result: In the few cases where there was enough data, the review found cBHT “is not associated with adverse changes.” This casts further doubt on the accuracy of the report from the National Academy of Science Engineering and Medicine on the same issue — a report based on far less data.

“This is the kind of comprehensive review we would have expected from NASEM,” said APC CEO Scott Brunner, cae. “Instead, NASEM looked at 13 studies that focused on only four hormones, and yet it somehow reached a conclusion — ‘all compounded hormones are dangerous’ — that’s entirely unsupported by evidence.”

What it was supported by, as we’ve shown thanks to a 2021 FOIA request, were FDA’s marching orders.

You might think that, when real evidence comes to light, FDA might reassess its position while it gathers actual evidence. Instead, well, check this out.