Last week, I addressed APC’s greatest weakness: membership. (Did you make your one call?)

The “O” in SWOT stands for opportunity.

APC has many, many, many opportunities. I could write a series on this one alone. Our future is bright. Let’s talk about the positive direction of our alliance.

I could go on and on and on. The opportunities for us are tremendous in the next few years. Please join me in helping APC realize those opportunities.

David Miller is APC’s president and the managing co-owner of Keystone Compounding Pharmacy in Grand Rapids, Michigan. You can reach him at drdave@keystonepharm.com.

Earlier this year, seven members of Congress wrote to FDA, asking that the agency release the next version of its Guidance for Industry #256 on animal compounding as a draft rather than a final GFI.

On Wednesday, FDA responded to that letter with one of its own. Notably, the agency says the guidance will be final when it’s issued — not a draft as requested. (And it’s expected soon.) But that final version, FDA says, has been substantively amended based on stakeholder input.

We look forward to learning exactly what that means. 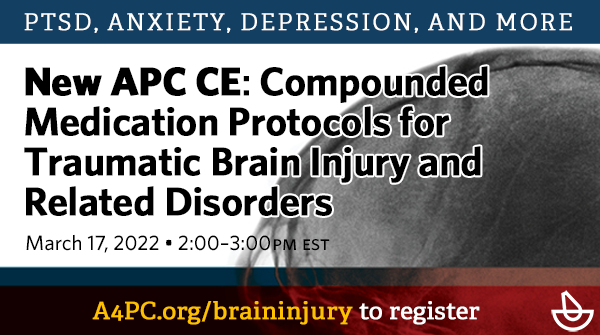 Last week, hundreds of cBHT prescribers received an email that purported to brief them on the threat to compounded hormones. It even urged them to go to compounding.com and send a message to their members of Congress (and maybe leave a testimonial on the way out). Many, many of the recipients did exactly that.

Problem: The email — which did not come from APC — had some misleading information, and it may have come across as crying wolf. The wolf is out there, make no mistake, but this message jumped the gun. It said FDA has announced plans to restrict compounded hormones. In fact, while FDA has dropped strong hints to that effect — stating it will base its next steps on that discredited NASEM report — no plans have been announced. (You would have heard from us if they had!)

The nuance matters: FDA has made no announcements and has taken no action thus far to restrict cBHT. To suggest they have — particularly to suggest it to members of Congress — undermines APC’s credibility. So please, take care how you portray this threat: We firmly believe restrictions are coming. But they haven’t yet been proposed.

However: That inadvertently inaccurate email last week was apparently a wake-up call to the prescribers who received it. Many rushed to compounding.com to send messages to Congress and alerted their patients to do the same.

That’s exactly what we need them doing BEFORE FDA ACTS: We need prescribers to engage and help us confront this threat.

We’ve got three resources to help you engage YOUR prescribers (and patients!) in confronting this very real threat to compounded hormones.

1. A PRESCRIBER BRIEFING: The Threat to Compounded Hormone Therapy

Share this short .pdf with all the cBHT prescribers you work with. It’s accurate and to-the-point about FDA’s implicit threat and how prescribers can help confront it. It ought to light a fire under ‘em.

2. BRIEFING PAPER: The Campaign to Save Compounded Hormone Therapy

Here’s a quick look at the campaign, including what we accomplished last year (as in raising $1.5 million and reaching 25 million Americans), how the money we raised last year was spent, and our plans for the $850,000 we need to raise by the end of April 2022 to continue the effort.

And don’t forget what may be the most important thing of all: Invest NOW in the campaign.

Both will be exhibiting at the Owner Summit in Scottsdale, so be sure to stop by their booths to say hello! 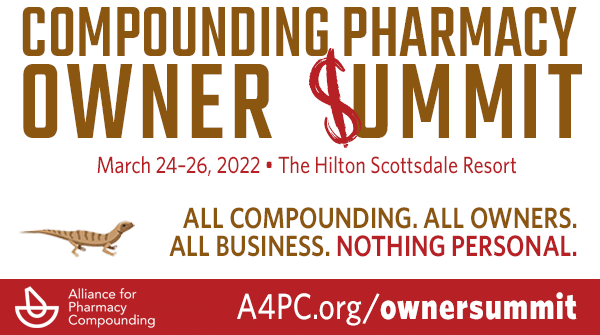 EduCon isn’t over yet! You can still register and get all those CE credits (and keep your team compliant). It’s on-demand for four more weeks! 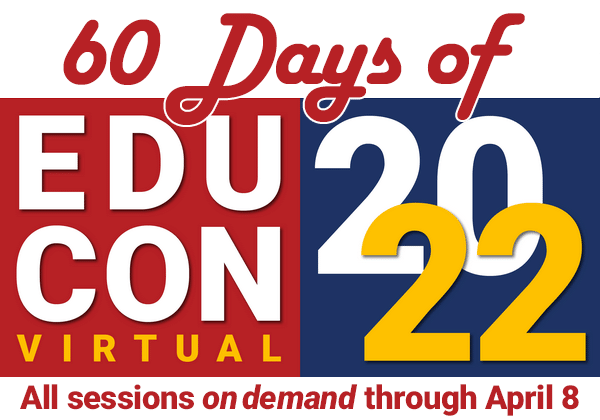 ➤ Click for info and to register (if you haven’t already) — or go to A4PC.org/educon

DIR fee reform: APC has joined more than 200 other healthcare organizations in signing a letter this Monday to HHS Secretary Xavier Becerra urging HHS to move forward with a CMS proposal to reform Medicare DIR fees. Separately, a bipartisan group of 30 U.S. senators sent a supportive letter to CMS Administrator Chiquita Brooks-LaSure urging it to finalize that proposed rule.

When will the flu come to your town? It’s all about the humidity, says NASA, and it varies by state. When the humidity gets below a certain point, two weeks later the flu breaks out. (NASA gives absolute humidity. This calculator will convert it to good ol’ relative humidity based on temperature.)

You’ve got to be kidding: In an unexpected twist from the writers of “Covid-19: The Real Thing,” it seems that sotrovimab, the antiviral used to treat the disease, is causing treatment-resistant mutations of the virus to emerge. So far they haven’t spread beyond the treatment clinics….